Home » Blog » Uncategorized » After The Gunfire, A Sound Of Silence

After The Gunfire, A Sound Of Silence 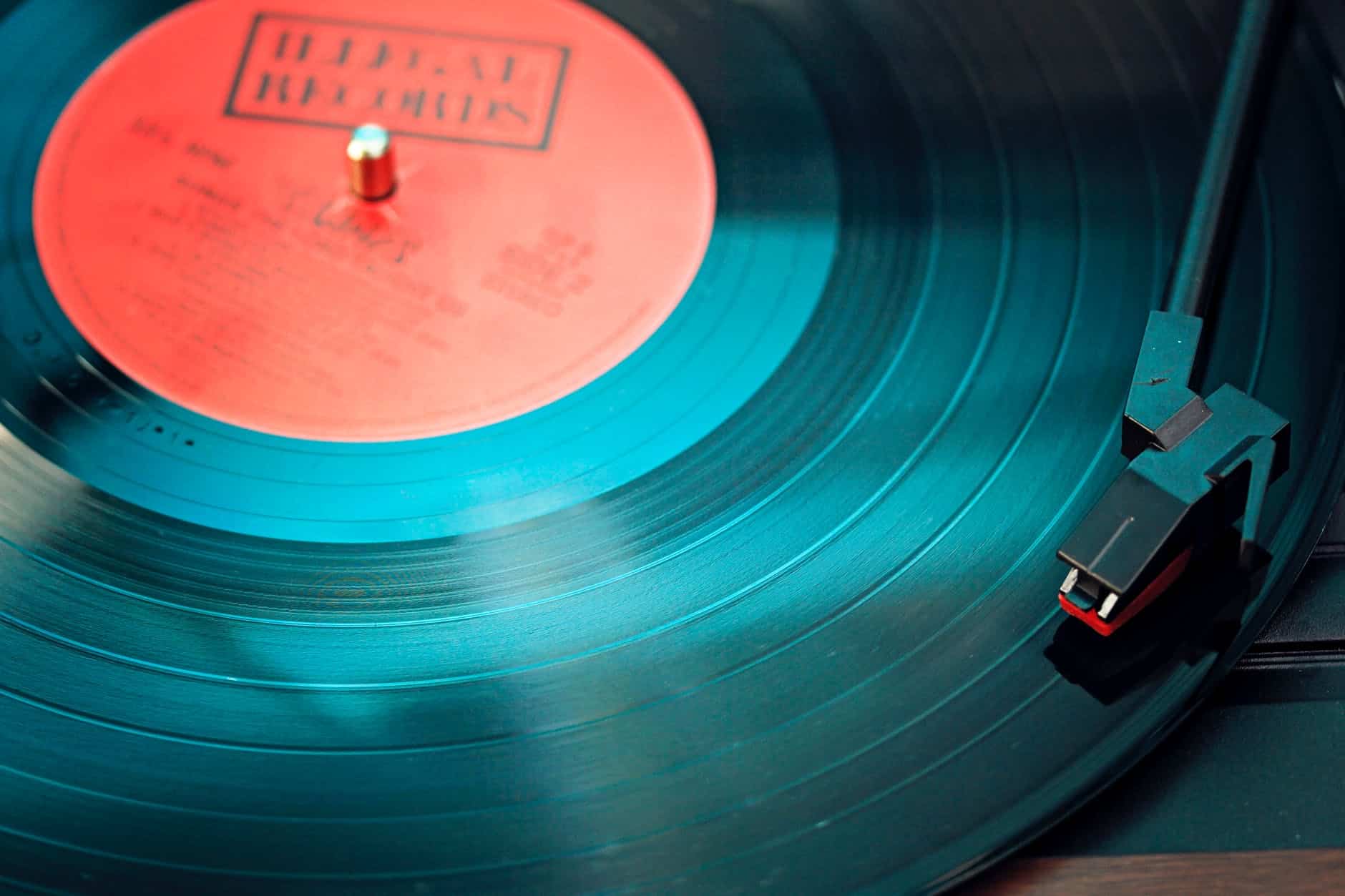 It’s been a year and a half since I last played a show with my band. On October 18, 2019, I took the stage with my bandmates at Brooklyn’s Gutter Bar, blissfully unaware that we were doing so in what would come to be known as the Before Times. (Ironically, the bar we played at gained notoriety for hosting an Ebola carrier in 2014. Ah, the innocent days of the 2014 Ebola outbreak!) We inaugurated a mashup of Prince’s “Purple Rain” and The Rolling Stones’ “Sway.” I periodically tuned my perpetually flat guitar. Libations were raised to gladden the heart of man. At the end, satisfied that some kind of holy ghost had descended through the music, we packed up and headed into 18 months of silence (and counting).

These days, I find myself meditating on another kind of silence: the silence that superseded the blasts of gunfire on March 16, 2021, in three Atlanta-area spas. Unlike the silence that blanketed my band’s musical collaboration, this silence will never lift. Unlike the temporary muffling of our creative expression, this silence was permanent. Some day, hopefully, I’ll be able to try my hand at that Prince/Rolling Stones cover again. At least in this lifetime, there will be no future day on which the victims of a Southern Baptist’s war on self-described “sex addiction” will make noise—be it joyful, mournful, or somewhere in between.

Why do I compare these two silences? Clearly, one is far worse than the other. Yet as my gig rehearsals have been replaced by writing, circulating, and promoting my open letter opposing the anti-Asian racism of 14 Christian nationalists and their enabling churches, I have come to see these stillnesses as existing on a continuum. They occupy a spectrum of silences, on which the voices of those who look like me are forced into varying degrees of cessation.

The pandemic that decimated live gigging in New York City, after all, was not a “natural” phenomenon. It was exacerbated by a combination of nationalist hubris, free market ideology, and viscerally racist antipathy to any accomplishment of the first Black president. How else to explain the Trump administration slashing funding for pandemic response, prioritizing pointless travel restrictions over ramping up testing, and a virtual enthusiasm for massive layoffs? How else to explain governors worrying about hurting the economy more than hurting Black schoolchildren’s ability to breathe? Did these politicians think about how the combination of greed, passivity, and bigoted aggression would affect musicians’ and artists’ ability to express their humanity—let’s say, hypothetically, gigging Asian American musicians in particular, for whom screaming into a live mic constitutes a cathartic act of rebellion against a century of model minority stereotypes? Did they care?

Let’s just say I’m not holding my breath for a positive response.

Nor am I holding my breath in expectation of an apology for exposing Asian Americans to the social pathology of racism. Politicians who cut insider trader deals to extract profit from coronavirus victims, after all, naturally see Asian American bodies as sources of monetary value. Such cruel power brokers have monetized bigotry, raising funds on a perverse construal of Christian faith that sacralizes endless anti-Chinese invective and legislation.

Indeed, the deafening silence that shrouded the victims of the Atlanta shootings, and that continues to deaden the voices of hate crime victims reluctant to report their experiences, can be traced, at least in part, to a climate of jocular contempt for Asian people. In such an atmosphere, a disturbed youth minister’s growing obsession with Korean massage workers met no countervailing messages about the priceless humanity of the women he objectified. Perhaps such an obsession might have grown even in the absence of a xenophobic “pro-life Christian conservative” senator in his state, whose accomplishments in office included declaring that “China gave this virus to our President.” But the aggregate effect of his senator’s and other sanctified Sinophobes’ rhetoric—including those of elected officials who share with the killer membership in the Southern Baptist Convention—surely demands serious attention as a contributing factor to the massacre.

Even as I lament my months-long break from live performance, then, I’m haunted by the permanent caesura that has overtaken the victims of 3.16.21. Right wing ideology might have stifled my voice for a season, but it has irreversibly stilled theirs. What kind of responsibility do we have, we who find our capacity to testify shaken but intact, as we ponder those who can no longer speak for themselves?

In 2 Kings, the prophet Elijah is also transfixed by silence. Pursued by agents of state-sponsored religious extremism, he seeks refuge at Horeb, the “mountain of God.” He expects some kind of word from YHWH, some kind of directive for his next steps. After promising to weigh in, the Lord famously “passes by” Horeb in wind, earthquake, and fire . . . but only after all the tumult has ceased does God finally speak, in what many translations describe as either a “gentle whisper” or a “still, small voice.” The phrase in question, however, might also be translated as “the sound of silence.” (Apologies to Paul Simon.) In that paradoxical sound-that-is-no-sound, God finally speaks: don’t stay in this cave, Elijah. Keep speaking out against the state. Mobilize the people. Pass on the truth to the next generation.

Contemplating the silence I’ve lived with for eighteen months, not to mention the greater silence that the families of the Atlanta victims must now endure for the rest of their lives, has placed this very familiar verse in a new light. The sound and fury of a broken world, in which even storms and fire now articulate the idol worship of fossil fuel barons, has drowned out the voices of ordinary people since time immemorial. It continues to do so today. But even though our self-deifying rulers may claim to speak for God, the divine is not found in holy warriors’ bloviating tweets or callous legislation or bursts of gunfire. Instead, we hear God in the silence of those who must suffer the consequences of pandemonium.

Yes, if we listen closely enough, we can hear God exhaling a final breath, over and over.

God enters into our silences and calls us to do the same for each other. Yet this soundless empathy does not give rise to quietism, or to a permanent retreat from the din of empire. Instead, the sound of silence compels us forward to make our voices heard, over and against the megaphones and pistol blasts of those who, like the prophets of Baal, would sacrifice our bodies for their own gain. My open letter offers one way to speak for the silenced. Whenever we strike up the band again, rock and roll will offer me another.

I can’t say that the stage we’ll play on will have enough room for whoever is reading this. But if you can’t join me at a bar in Brooklyn, will you join the open letter’s signatories in raising a holy ruckus? In doing so, we bear witness to the silent God, and the oppressed for whom that God once stilled God’s own breath.

Lucas Kwong is a writer, musician, and assistant professor of English at New York City College of Technology. He’s written at eschatontwist.substack.com, Public Books, Journal of Narrative Theory, and Victorian Literature and Culture. He is also assistant editor for New American Notes Online. His music can be found at brotherkmusic.com. He and his wife are geographically displaced but spiritually diehard New Yorkers.