Why (Some) Christians are Vulnerable to Conspiracies and Misinformation 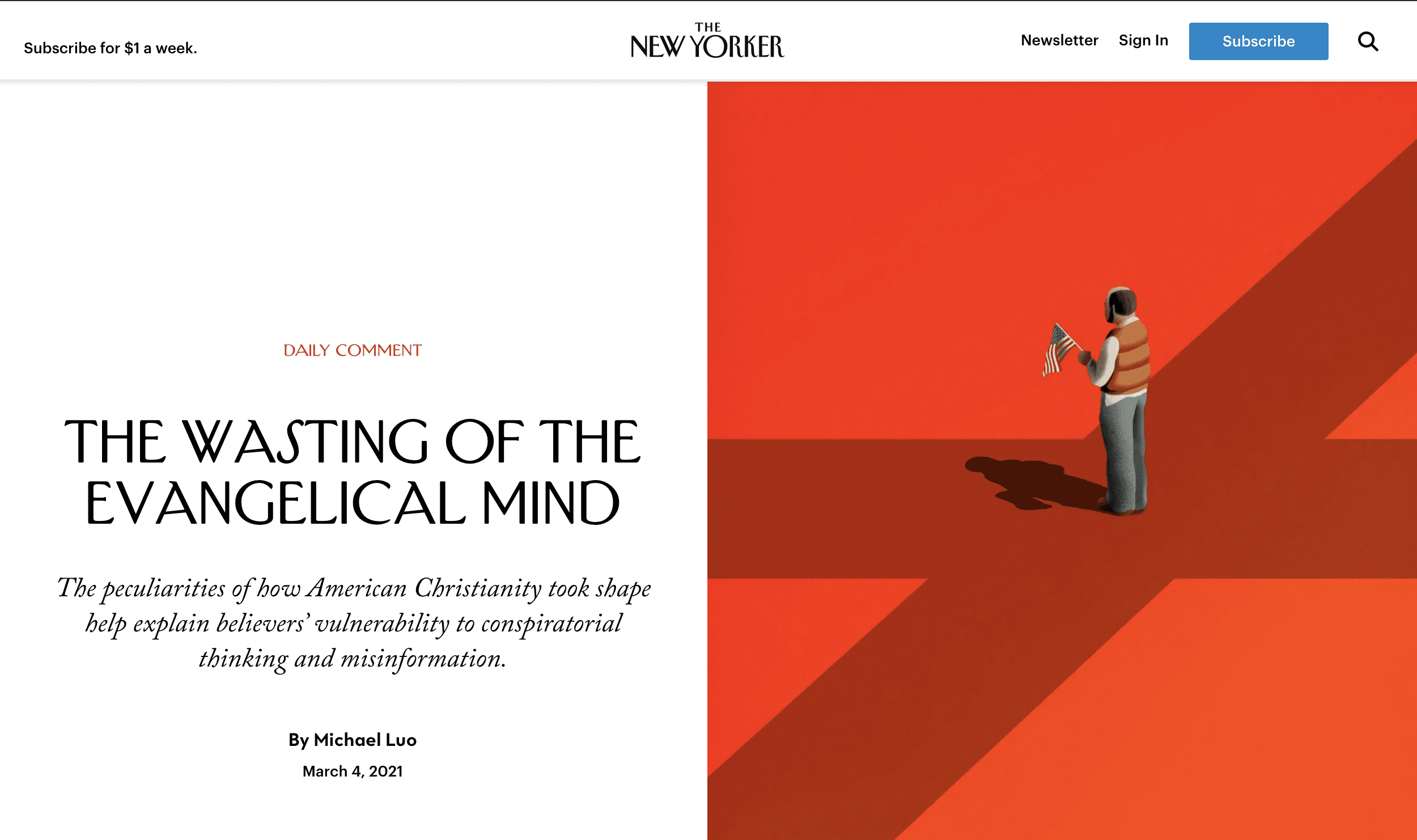 Michael Luo authored this commentary, The Wasting of the Evangelical Mind, in The New Yorker:

It was among the most jarring scenes of the Capitol invasion, on January 6th. As rioters milled about on the Senate floor, a long-haired man in a red ski cap bellowed, from the dais, “Jesus Christ, we invoke your name!” A man to his right––the so-called QAnon Shaman, wearing a fur hat and bull horns atop his head, and holding an American flag—raised a megaphone and began to pray. Others in the chamber bowed their heads.

Evangelicalism in America, however, has come to be defined by its anti-intellectualism. The style of the most popular and influential pastors tend to correlate with shallowness: charisma trumps expertise; scientific authority is often viewed with suspicion. So it is of little surprise that American evangelicals have become vulnerable to demagoguery and misinformation.

Read the full commentary, The Wasting of the Evangelical Mind: The peculiarities of how American Christianity took shape help explain believers’ vulnerability to conspiratorial thinking and misinformation., at The New Yorker.