Home » Blog » Uncategorized » Restoring and Reviving the Gospel in America

Restoring and Reviving the Gospel in America 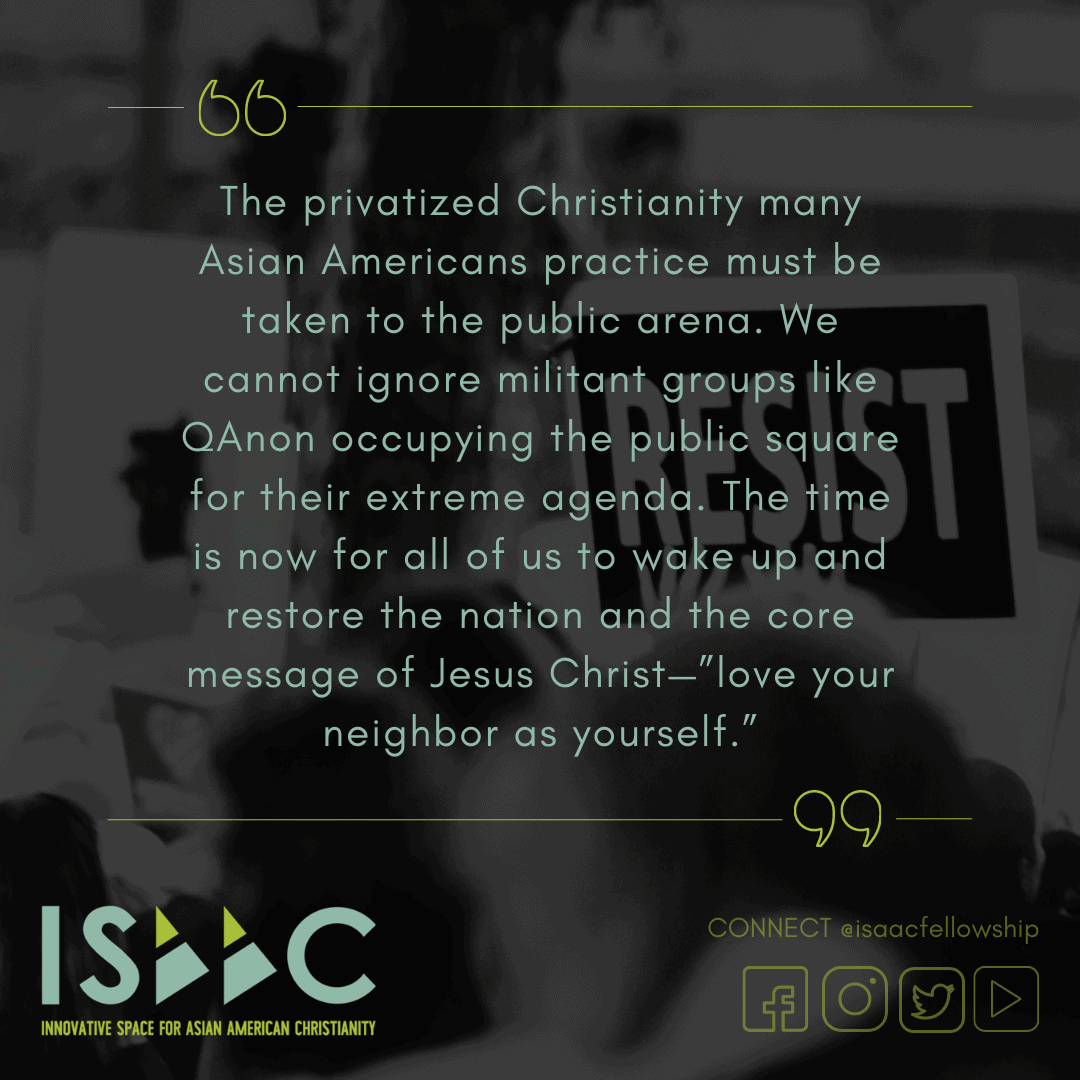 These attacks on Capitol Hill should be considered terrorist attacks from within instead of a protest. It was an insurrection. There is no comparison between violence against a peaceful transition of power & demonstrations for the sacredness of black lives.

We are deeply troubled by the Christian-affiliated signs (particularly from QAnon) and cries among the Capitol rioters. We believe in a God who opposes the violence of yesterday and stands on the side of the oppressed. Throughout history, Christianity has been hijacked by countless fringe groups like QAnon in the name of God. It is urgent to restore Christianity from groups like QAnon and their misinformation and disinformation. ISAAC will continue to revive the gospel of Jesus Christ who modeled radical inclusion for unity, not uniformity.

The privatized Christianity many Asian Americans practice must be taken to the public arena. We cannot ignore militant groups like QAnon occupying the public square for their extreme agenda. The time is now for all of us to wake up and restore the nation and the core message of Jesus Christ—”love your neighbor as yourself.”

As we process yesterday’s event, may Black, Asian, Latinx, indigenous, and all other POC find time to mourn, find comfort, & take care of their bodies. May 85% of white evangelical Christians wake up & (white people, see this as yet another wakeup) call for action—real action that steps outside of one’s comfort zone and joins affected communities in solidarity.

We will continue spreading God’s message of justice and equity and raise up the next generation of Asian American Christians to represent God’s truth and freedom and be bold in working towards change in our country.