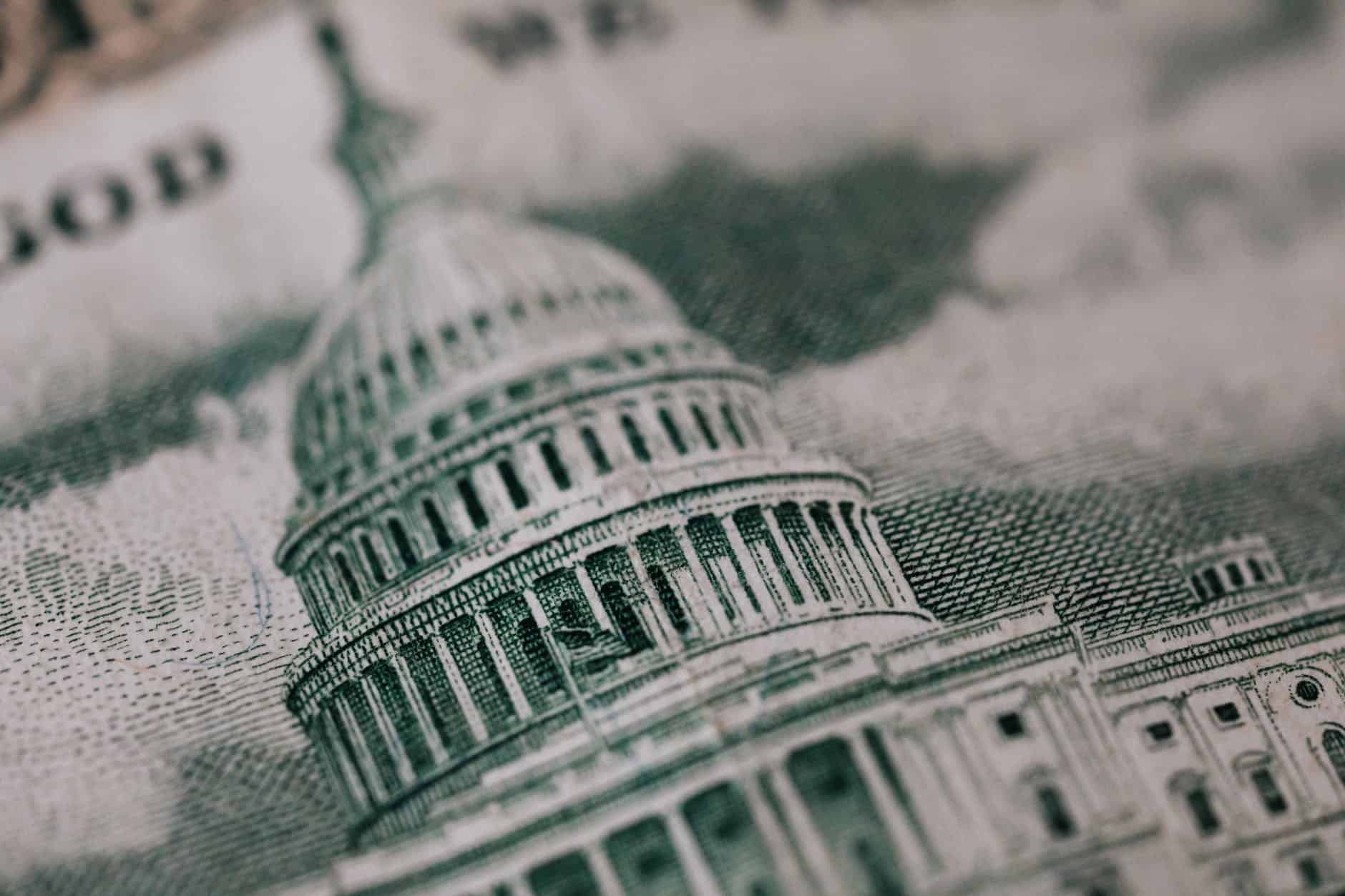 Middle-aged Caucasian man loitering in front of Chinese restaurant and bakery, openly (theatrically) coughing and spitting and exclaiming that “It smells like dog shit here.” He then exclaimed “God bless Trump!” before pretending to call the “immigration authorities.”

Overheard in public restroom that, “Thank God no Chinese children were at soccer practice to infect others. “

Thousands of our factories and millions of our jobs have gone to China without anyone willing to stop it.  The Chinese government has–against all trade regulations– practiced illegal dumping and stole billions in intellectual property. The times when we had great Presidents like FDR who knew what to do after Pearl Harbor are over. There is no Harry Truman on the horizon. Not even our great President Trump will retaliate as Truman would have done!  God Bless Mr. Truman – he was out of the right stuff.

These incidents are just some of the 2,800 reports of discrimination received by Stop AAPI Hate. They illustrate not only the heinous mistreatment of Asian Americans during COVID-19, but also a common justification for that mistreatment. The first perpetrator spat and coughed at Chinese bakery patrons, insinuated that their dietary habits caused the virus, and claimed that they were in the U.S. illegally; the second accused Asian American children of spreading infection; the third went on an online tirade, defending anti-Asian violence as retaliation for China’s unfair economic competition with the U.S. In all three cases, the perpetrators invoked God.

Bullies like the above target those whom they perceive as vulnerable, such that youth and elderly make up 21% of those victimized, and women are harassed 2.4 times more than men. Moreover, these harassers rationalize their behavior with the ideological thinking behind much racism today: Christian nationalism. A cultural vision of the U.S. held by almost half of surveyed Americans, Christian nationalism holds that the US is a Christian nation and that “real” Americans are native-born, white, and Christian. It employs Christianity, especially evangelical Christianity, to legitimate the privilege and racial position of whites.

Accordingly, the first perpetrator asks God to bless Trump for his animosity towards China and his use of the stigmatizing term “Chinese virus.” The second perpetrator thanks God, but doesn’t necessarily express gratitude to God authentically. This is consistent with the fact that Christian nationalism is not primarily a religious theology, but a racial and political schema; evangelicals who are more devout in church attendance and personal disciplines are less likely to voice Christian nationalist views. Finally, the third incident demonstrates how Christian nationalism justifies a range of seemingly un-Christian behaviors—harassing Asian elders, separating Latino children from their parents, even bombing wartime civilians. Those who defend such actions believe that God is committed to a specific social order, whose families, health, and borders must be defended against any threats, by any means.

Unsurprisingly, then, Christian nationalists also believe that use of the term “Chinese virus” isn’t racist, but fair. Favoring strong borders and viewing America as white and Christian, they hold that outsiders, and Asians in particular, perpetually endanger the nation. Indeed, Christian nationalism, which combines beliefs about biblical inerrancy, America’s Christian heritage, and a conservative political orientation, is also strong predictor of voting for Trump, support for border walls, suspicion of Black Lives Matter, rejecting interracial marriage, and disfavoring transracial adoption. It’s no surprise that, if the purity and health of America is imperiled, racial discrimination against Asian Americans becomes justifiable.

This antipathy towards Asians is generated via hostility towards China, as seen amidst the January 6 invasion of the Capitol building. On the one hand, Republican activist Matt Rooney coupled a call for God to “bless this country” with a warning that rioters made Americans look like “fools” to “China and our enemies abroad”; on the other hand, those same rioters coupled waving a “Christian flag” and “Jesus saves” flags with gleefully destroying a scroll featuring Chinese characters (leaving the maps of Oregon found in the same room intact). Whatever their differences on how best to “take America back for God,” these Christian nationalists agree that China and Chinese culture represent the ultimate antithesis of white, Christian values.

The impact of sanctified Sinophobia on Asian Americans has been painfully evident this year. One respondent to Stop AAPI Hate shared her feelings after being racially harassed:

After reading others’ experiences about the ill-treatments or violence they received recently as Asian looking people on multiple medias, I experienced it myself today. I did not only feel my dignity as a human being created in God’s image is diminished, but that even my safety is at risk during this time.

Christian nationalism, with its borders and boundaries, diminishes the dignity of those of the out-group. Rather than being accepted as fellow image bearers, we are seen as outsiders to be exterminated and excluded.

It should go without saying that wholesale vilification of Asians runs contrary to the Gospel. In its glorification of blood and soil, the “Christian nation” worshipped by racist bullies offers a demonic parody of the new community Paul envisions in Ephesians: “For he himself is our peace, who has made the two groups [Jews and Gentiles] one and has destroyed the barrier, the dividing wall of hostility” (Eph. 2:14, NIV). Identifying with both Jew and Gentile, Christ’s crucified body destroys the very “dividing wall of hostility” that defines Christian nationalism’s white-dominated, China-blaming polity. To Asian American Christians, “God Bless Mr. Truman” strikes not only at our race, but also at our faith.

Responding to Christian nationalism requires a prayerful and biblical response. Throughout the New Testament, Jesus and the apostles vocally opposed the deification of state and clan. Underneath Pilate’s mocking epithet “King of the Jews” lies uneasy recognition that Jesus’ gospel refuted the imperial cult’s central premise: the word for king in John 19:21, basileus, can also be translated “emperor.” Likewise, in Acts 17, religious leaders use the same word when they charge Christians with defying Caesar’s decrees (dogma) through upholding another basileus, Christ. In challenging the dogma of Caesar worship, the religious leaders argue, the Christians have “overturned,” or even “incited sedition” (anastatōsantes) throughout, the “Roman world” (oikoumené). Nor were they hyperbolizing: two chapters later, a mob of Greeks zealous for the glory of their regional deity hold a violent, anti-Christ rally peppered with the slogan, “Great is Artemis of the Ephesians!” (Acts 19:28) These episodes highlight the anti-imperialist, anti-nationalist resonances of the basic statement, “Jesus is Lord.” In proclaiming another “emperor,” Christians threatened pious calls to make Rome, Israel, or Ephesus “great again.”

To salvage both the reputation of our faith and the security of our communities, Asian Christ-followers in America today must follow their example. To that end, we invite you to sign our open letter condemning the nexus of anti-Asian racism and Christian nationalism. It calls for repentance on the part of the politicians chiefly responsible for propagating Christian nationalism, accountability from the church leaders enabling them, and solidarity from members of their churches. Will you join us in reclaiming the Gospel from the heresy of hatred? Through taking a stand against Christian nationalist Sinophobia, we might once again turn the whole world upside down.

Lucas Kwong is a writer, musician, and assistant professor of English at New York City College of Technology. He’s written at eschatontwist.substack.com, Public Books, Journal of Narrative Theory, and Victorian Literature and Culture. He is also assistant editor for New American Notes Online. His music can be found at brotherkmusic.com. He lives in Brooklyn with his wife.