The grant is part of Lilly Endowment’s Thriving in Ministry initiative, which supports a variety of religious organizations across the nation as they create or strengthen programs that help pastors build relationships with experienced clergy who can serve as mentors and guide them through key leadership challenges in congregational ministry.

The program, which is a collaboration between Fuller Theological Seminary and ISAAC, is designed by Young Lee Hertig, PhD, ISAAC’s co-founder and executive director. The program was born out of her three decades of teaching and researching in seminary settings, and pastoring in Korean American churches. Informed by Hertig’s book, The Tao of Asian American Belonging: A Yinist Spirituality, PastoraLab will address the particular challenges and opportunities Asian American women ministers face from a historically minoritized social location.

In collaboration with the Center for Asian American Theology and Ministry at Fuller Theological Seminary, ISAAC’s PastoraLab program seeks to:

During the three-year grant period, Asian American women ministers in three hermeneutical communities will advance into Level 5 (Jim Collins) pastoral leadership, which will translate into their congregational and ministerial vitality, and lead to thriving ministries.

Aligned with Lilly Endowment’s commitment to deep learning and congregational vitality, we have an opportunity to empower ecumenical Asian American women faith leaders to live out their sacred call. By generating Asian American field-based hermeneutics, accompanied by biblical scholars and seasoned pastoral leaders, women faith leaders will be grounded theologically. The program will facilitate mutual inquiry and communal wisdom in the areas of personal integration, ministerial practices (i.e., preaching, leadership, and public witness), and constructive theological articulation. The program will collect narrative and empirical data from multiple formational cohorts in Southern California, share the synthesized resources via nationwide distribution networks, and expand the conversation to the broader community of women ministers of color. Finally, he quantitative research will be utilized to assess the status of Asian American women ministers in Asian American congregations in the United States.

“We at Fuller Seminary are thrilled to be associated with, and the financial sponsor for ISAAC, Innovative Space for Asian American Christianity. Not only is Dr. Young Lee Hertig an exceptional leader, but her commitment to Asian American Christianity is also especially important at this time,” said Mark Labberton, president of Fuller Theological Seminary. “We are grateful for Lilly Endowment’s trust—this grant will ensure a highly productive and significant impact on Asian American women, their pastoral leadership, and far beyond.”

“PastoraLab for Asian American Women Ministers, in such a time as this, is a divine provision for Asian American women to thrive in their ministries,” said the Rev. Florence Li, chair of the ISAAC board of directors. “Tapping into God’s transforming power and redemptive action, we foresee a flourishing in ISAAC’s organizational capacity to serve congregations of color and to advance in innovative ways.”

Thriving in Ministry is part of Lilly Endowment’s grantmaking to strengthen pastoral leadership in Christian congregations in the United States. This has been a grantmaking priority at Lilly Endowment for nearly 25 years. “Leading a congregation today is multi-faceted and exceptionally demanding,” said Christopher L. Coble, Lilly Endowment’s vice president for religion. “When pastors have opportunities to build meaningful relationships with experienced colleagues, they are able to negotiate the challenges of ministry and their leadership thrives. These promising programs, including PastoraLab for Asian American Women Ministers, will help pastors develop these kinds of relationships, especially when they are in the midst of significant professional transitions.”

Lilly Endowment Inc. is an Indianapolis-based private philanthropic foundation created in 1937 by three members of the Lilly family – J.K. Lilly Sr. and sons Eli and J.K. Jr. – through gifts of stock in their pharmaceutical business, Eli Lilly & Company. While those gifts remain the financial bedrock of the Endowment, the Endowment is a separate entity from the company, with a distinct governing board, staff and location. In keeping with the founders’ wishes, the Endowment supports the causes of community development, education and religion. The Endowment maintains a special commitment to its hometown, Indianapolis, and its home state Indiana. Its grantmaking in religion focuses on supporting efforts to strengthen the leadership and vitality of Christian congregations throughout the country and to increase the public’s understanding of the role of religion in public life. 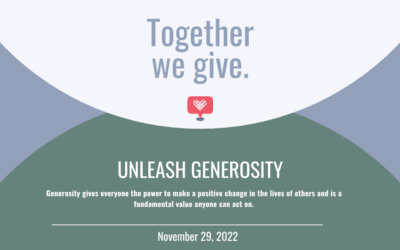 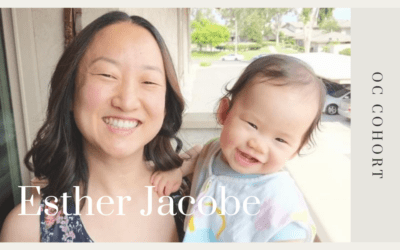 Esther Jacobe is a PastoraLab Orange County cohort member. She is the Co-Area Director in Orange County & South Bay for InterVarsity Christian Fellowship.   TESTIMONIAL "An oyster, in taking in irritants/debris, will eventually form the treasured pearl. I...